“My Dear Melancholy,” Album Review: The Weeknd’s Love Letter To His Sadness 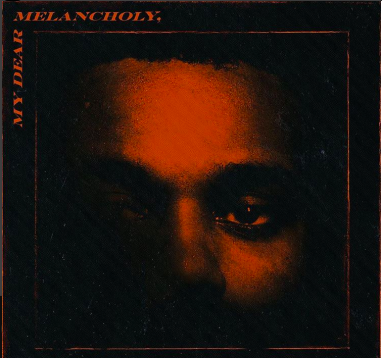 Let’s face it. When The Weeknd shared a screenshot text asking his Creative Director, La Mar Taylor, if they should drop Friday, that’s all Instagram needed in order to mentally prepare for the “Starboy’s” new music. The 28-year-old artist followed through and dropped his 6-track album, My Dear Melancholy, (no, that comma is not a typo) on Thursday night (03.29).

The credits are worth mentioning. The project, which only runs for 22-minutes, had a lot of help from collaborators such as Cirkut, Daheala, Mike Will Made It, Daft Punk’s Guy-Manuel de Homem-Christo, and Frank Dukes. It was also touched by Skrillex, a legend in the game, and who also helped produced Justin’s Biber’s best album, Purpose ( not up for debate). French producer Gesaffelstein is the only producer who gets a featuring credit on the tracklist, for two tracks “I Was Never There” and “Hurt You.”  Regardless, all those mentioned understood Tesfaye’s vision and helped shine the light on his hurting dark side.

Nonetheless, The Weeknd does a great job of reminding listeners who he is. Abel’s falsetto is matched with beats that compliment so perfectly. He has a great way of painting a picture with his vocals. At one point you’re able to ask yourself, “Was being in a relationship worth it,?” He sings from a universal point of view so whether you’re looking at it from his previous relationship with Selena Gomez or that guy/girl that you’ve constantly been dating on and off, the feeling of pain and confusion is comprehensible.

No matter the project, it’s always important to show growth. That’s something taught in music, dance, literature class, the list goes on. The beginning shouldn’t equate to the ending. “Call Out My Name,” one of the greatest intro tracks sets the tone and discusses his ex-lover not reciprocating the same effort. This reflects on his overall message of wasted times. It was also clever in this track that Tesfaye’s hit single, “Earned It,” was sampled to give a bit of a nostalgic feel. On the outro track “Privilege,” the “Acquainted” artist makes the decision to live in ignorance and continue messing with random girls, drinking, and doing anything that will help numb the pain. He’s making the conscious decision to go from acknowledging he was hurt to now finding ways to numb that hurt, and we’ve all been there before.

It wouldn’t be a review if I didn’t mention my favorites and a track that I feel as if someone in the studio should’ve said, “Not this time bro.” Favorites are awarded to “Call Out My Name,” “Wasted Times,” and “Privilege.” The only track that should’ve had a conversation about whether it was a necessity would have to be “I Was Never There.”

Call Out My Name is the best song on My Dear Melancholy, don’t @ me.

Whether you want to call the project an EP or album, it was a solid update on The Weeknd’s musical and mental state. Six songs don’t allow for much judgment when calling a project an album, which is what I believe this year’s headliner for Coachella was going for. The album gets a strong 8 out of 10 stars. This project feels more like a transition, preparing us for where The Weeknd will take us next. And if we’ve figured out anything from The Weeknd’s music from the past decade, we can almost be sure to expect the contemplation of love, drugs, breakups, effort, but most importantly, feeling like we as an audience have no business catching feelings, as “Wasted Times” informs us.

Abel new album is scray. It’s like when I first heard him for the first time. Fuckkkkkk !!!!!

Listening to My Dear Melancholy and I'm realizing things. Don't ever try to romantically "save" someone from heartbreak caused by someone else. They will heal and leave you afterwards, at worst they might even go back to that person.

i just realized that theres a comma in "My Dear Melancholy,". theres could be another EP to continue this "letter" 👀

One comment on ““My Dear Melancholy,” Album Review: The Weeknd’s Love Letter To His Sadness”

This entry was posted on March 31, 2018 by daynamariejournalist in Uncategorized and tagged Adventure Time, Music, my dear melancholy, skrillex, The Weeknd.