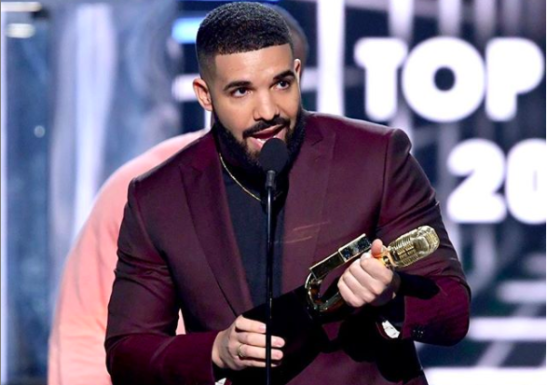 Congrats are in order for Drake as he beats yet another groundbreaking record. Last night (May 1), during the 2019 Billboard Music Awards held at the MGM Grand Garden Arena in Las Vegas, Drizzy became the most awarded artist in the ceremony’s history.

During one of his acceptance speeches, the Thank Me Later rapper paid homage to his mother for her continuous support throughout the years. He revealed that as a result, they are both on “one hell of a ride.”

Moving forward, Drake doesn’t show any signs of slowing down. Last month, during his Assassination Vacation Tour, Drake revealed to the London crowd that he’s going to start working on new music.

“But I think what I’m going to do after this is go home and I’ma make a new album so I can come back to London next year and so we can do this again,” Drake said to the crowd.

Congrats to @Drake for winning Top Billboard 200 Album at the #BBMAs! 👏

Watch him shout out #GameOfThrones during his acceptance speech pic.twitter.com/nC6rsfzeDH

27 Billboard Awards 🤯🤯🤯 so floored can’t even really register it but scroll to the 4th pic to see my most flattering shot of the night.