Met Gala 2019: The Best Looks From This Year’s Camp-Inspired Theme On the fashion calendar, the first week of May marks a very important date: The Met Gala. Last night (May 6), attendees of one of the biggest nights in fashion dressed to impress for this year’s theme, “Camp: Notes on Fashion.”

Diving deeper into the theme, “Camp: Notes on Fashion” derives from Susan Sontag’s 1964 essay. In her work, she defines camp as “Love of the unnatural: of artifice and exaggeration.” Camp can also be defined as “A woman walking around in a dress made of three million feathers.” After hearing the explanation, it’s safe to say that one can either play it safe or go for more of a humorous, ironic, or extreme interpretation when deciding what threads to choose from.

The Met Gala, which was founded in 1948 by publicist Elanor Lambert, has allowed celebrities to take a stab at a variety of themes over the years such as “Heavenly Bodies: Fashion and the Catholic Imagination,” “Manus x Machina,” “China: Through the Looking Glass” and many more.

This year, Oscar winner Lady Gaga, tennis pro-player Serena Williams, singer Harry Styles, and the creative director of Gucci Alessandro Michele served alongside Vogue‘s Editor-in-Chief Anna Wintour as honorary chairs. Now, let’s dive into the fun. In no specific order, I have broken down the Top 10 looks from this year’s event. Newcomers and fashion veterans make a guest appearance, all for different reasons, of course. 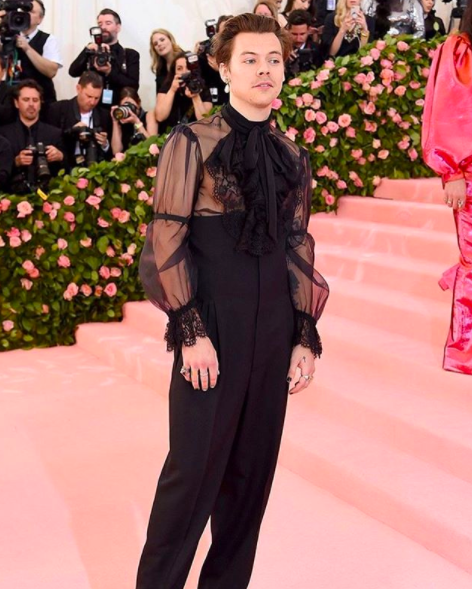 Harry Styles did not play around as an honorary chair member this year. Dressed in all black attire, which was designed by Gucci, Styles’ outfit is one worth talking about. 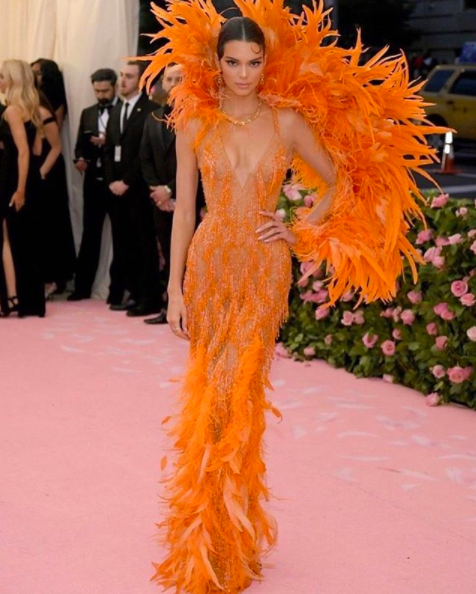 Model Kendall Jenner strutted her feathers effortlessly. Dressed in a curve-hugging dress from Versace, Kendall proved that simplicity can be admirable. 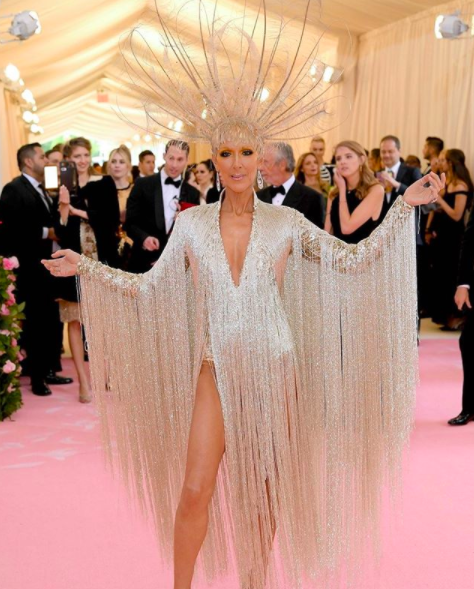 Oscar de la Renta designed this gorgeous number for Celine Dion. The chandelier effect of this dress, which shows off Celine’s legs, was absolutely breathtaking. 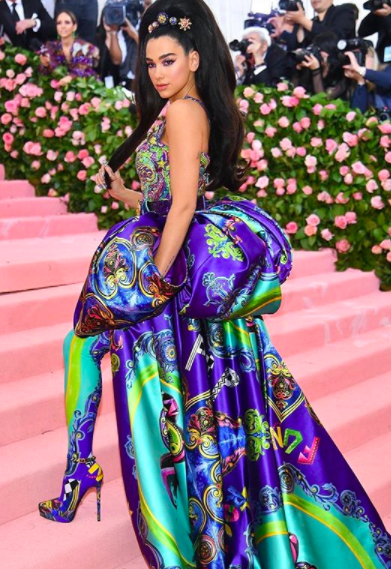 Now, this is a bold statement from Versace. This was also Dua Lipa’s first time attending The Met Gala. As a newcomer, Dua pulled off the unique pattern effortlessly. This dress was debatable. However, it falls in line perfectly with the camp theme. Kim Kardashian and designer Manfred Thierry Mugler worked on this number for eight months. The numerous crystals and wet hair allowed Kimberly to look like she is something magical out of water. Quite frankly, wearing an all-green suit can be difficult. However, with styling from Dapper Dan himself, Omari was able to make a memorable statement on the pink carpet. 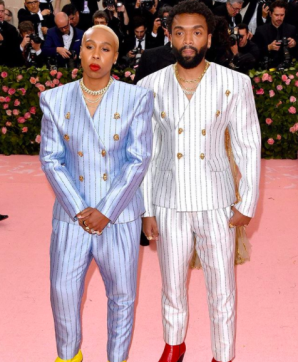 From the front view, it might look like your typical well-tailored suit. On the back, there’s a plot twist. This is how to draw attention on a carpet that has a lot going on. All-black suit with just the right amount of gold? Yes, yes and YES! 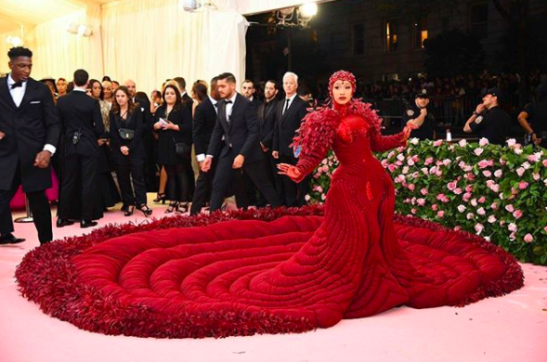 Camp ties into an exaggeration and considering that it took seven men to hold up Cardi’s dress, it’s safe to say she nailed it. 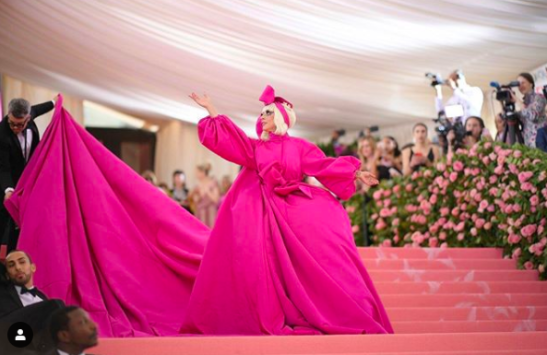 Lady Gaga set the night off right with four different costume changes. As an honorary chair member this year, she took her role on the carpet seriously. At this point, would we expect anything less campy from the “Love Game” singer herself?