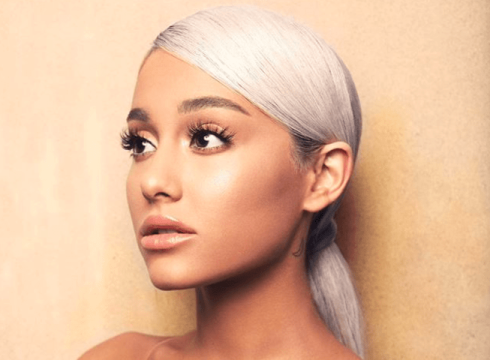 It is officially Sweetener-eve and Ariana Grande is giving fans something to talk about, other than her anticipated album release.

The 25-year-old singer met up with the well acclaimed James Corden for “Carpool Karaoke.” The duo sang their hearts out to some of Grande’s number one hits including:  “Side To Side,” “Dangerous Woman” and more. Corden gave praise to Grande’s vibrato and asked for lessons from the pop artist. Trying her best to take her job serious, Grande couldn’t help but burst into laughter at Corden’s failed attempt on her ending note in “God Is A Woman.”

It is no secret that the previous Broadway singer has the voice of an angel. She cited that growing up and hearing beautiful voices inspired her to perfect her own. The “Light Is Coming” artist confessed to having previously mimicked her idols voices until finding her own individual style. Grande gave accolades to Whitney Houston, Beyoncé, and of course, Celine Dione. Corden couldn’t help but ask for her best Celine Dion impression. Grande, who was in full character, did not disappoint.

Sweetener, Grande’s fourth consecutive LP, drops at midnight tonight. In the meantime, check out her heavenly vocals below and one of the best Celine Dion impersonations.